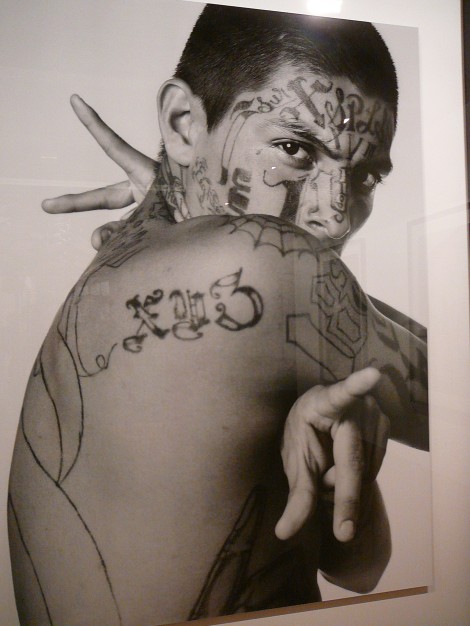 The other day I went through old pictures and I landed on a few taken from a photo exhibition in Madrid a few years ago. I remember coming out from the exhibition completely numbed. The huge size of the pictures, black and white, with these bodies telling you their life stories via their tattoos were just mind blowing. The photographer is Isabel Munoz she is Spanish from Barcelona but now lives and works in Madrid. She exposes all over the world and have pieces in collections as  the European House in Paris, the New Museum of Contemporary art in New York and the Contemporary Arts Museum in Houston. The exhibition was called Maras, famous latino gangs, she entered the jails in El Salvador and depicted the culture of violence without judging but as an art statement. 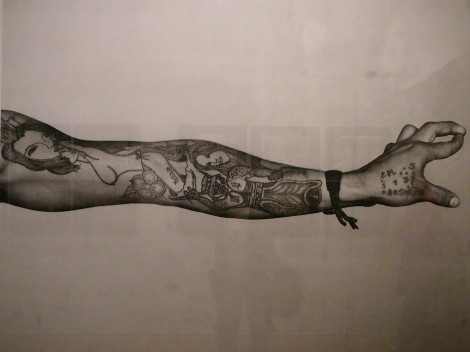 Then I realized that I had a book of her photographies at home. From an exhibition I saw in Geneva called Fragments. That book is one of the few I have left from my library as we got flooded several times in our old home, it is damaged but I just can’t let go of  it.

You can still by this book I’ve seen at FNAC for example.  The pictures are very sensual, you see faces but it is really the bodies that are talking to you. She has cought a fragment of a moment….. 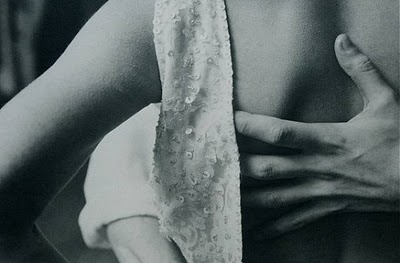 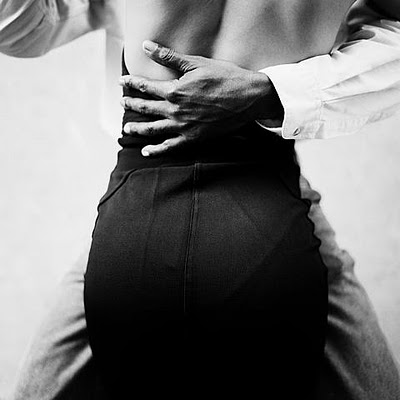 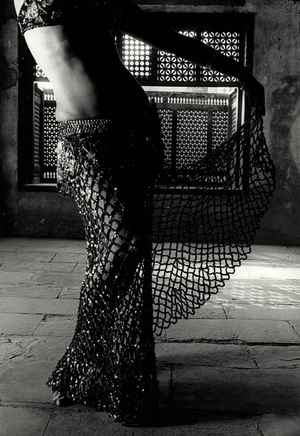 If you are lucky living in these places or passing through you can catch her in these exhibitions:

And finally in a really cool place Damaskus in Syria from 2-4 June 2010  “Ilham” in the National Museum.

If anyone of you are attending one of these exhibitions please let me know your views.

Posted in Art.
PreviousThe Farnsworth House
NextLove is in the air!