This story is just incredible and has been talked about on several blogs and I would like to share it with you.

For 70 years the Parisian apartment had been left uninhabited, under lock and key, the rent faithfully paid but no hint of what was inside. 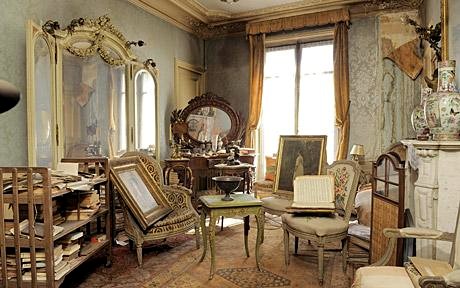 Mrs de Florian, a ‘demimondaine’ never returned to her Paris flat after the war and died at the age of 91 in 2010. 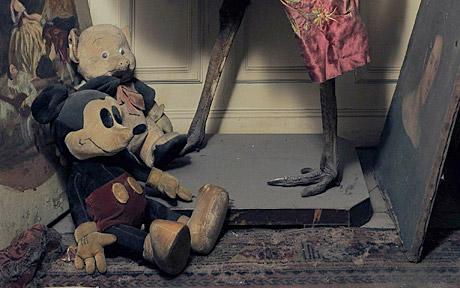 The woman who owned the flat had left for the south of France before the Second World War and never returned.

But when she died recently aged 91, experts were tasked with drawing up an inventory of her possessions and homed in on the flat near the Trinité church in Paris between the Pigalle red light district and Opera. 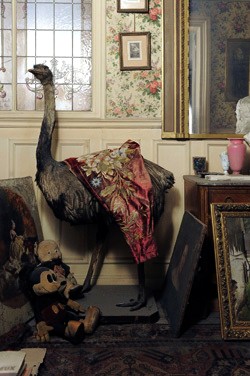 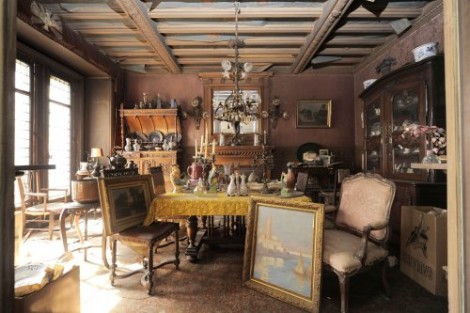 Entering the untouched, cobweb-filled flat in Paris’ 9th arrondissement, one expert said it was like stumbling into the castle of Sleeping Beauty, where time had stood still since 1900.

I wish I could have been one of those guys first entering the appartment must have been an incredible feeling and sight!

To read the whole of this incredible story go to  parisapartment. who has the full story!