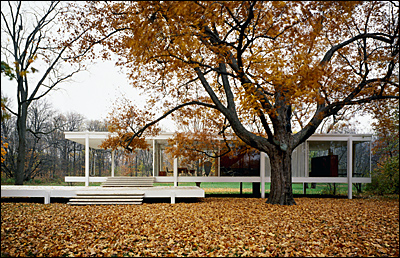 Today the champagne is popping in the Miller’s house as I just became an official Docent of the Farnsworth House!  I’ll give you the definition of a docent as many people have asked me what is that? A person who is a knowledgeable guide, esp. one who conducts visitors through a museum and delivers a commentary on the exhibitions. For anyone of you who are interested in design and architecture and live, visit, or will visit Chicago you all must visit  this incredible place in Plano 1 hour south of Chicago.  Built in 1949 by the German/American architect Mies van der Rohe on the commission by Dr. Farnsworth. She was a very successful nephrologist, spoke 4 languages, played the violin, and translated Italian poetry into English! She wanted a weekend retreat and wanted to add a contribution to modern architecture and she certainly did hiring the Master of Modernism. To know more of this passionate story that the house bears and above all experience it just head out there. 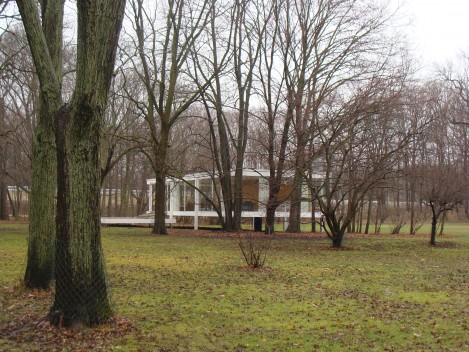 I thought I’ll talk about a few iconic pieces from this era. We all have seen them over and over again, however, did you know this?  (or do you know the background of an iconic piece you would like to share with us here I’d love to hear it.) 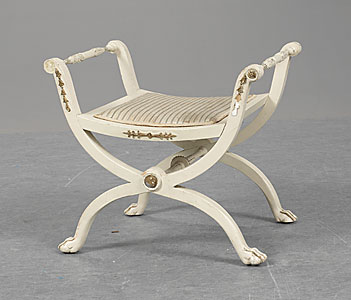 Who would think this would transform into this……… 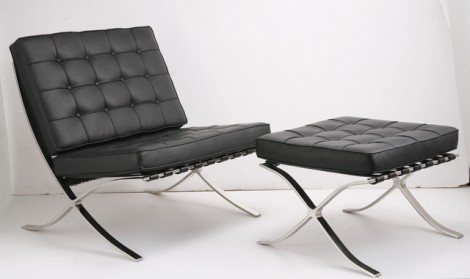 The Barcelona chair by Mies van der Rohe. These were designed for the Barcelona Pavilion 1929!To furnish the interior Mies did for the German Pavilion for the International Exhibition in Barcelona. As this pavilion would be part of the inauguration ceremony of the Exhibition the Spanish King and  Queen would attend he was inspired by the medeaval royal seats and did a modern version of it. Watch the beautiful legs…….. 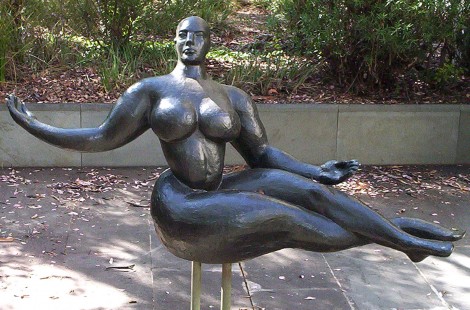 Who would think this would turn into this….. 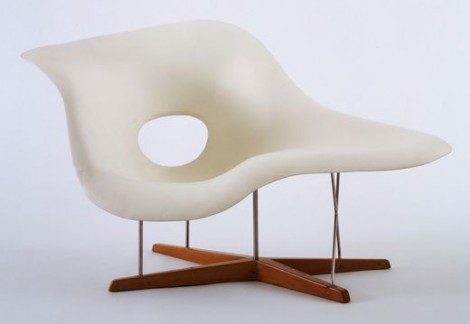 Charles & Ray Eames “La Chaise” was done for a competition that MoMa held  in 1948 for low cost furniture design! However, you need to be rich today to purchase it! I am still waiting……….. The Eames were inspired by the French/American sculpture  Gaston Lachaise’s  “Reclining nude”. 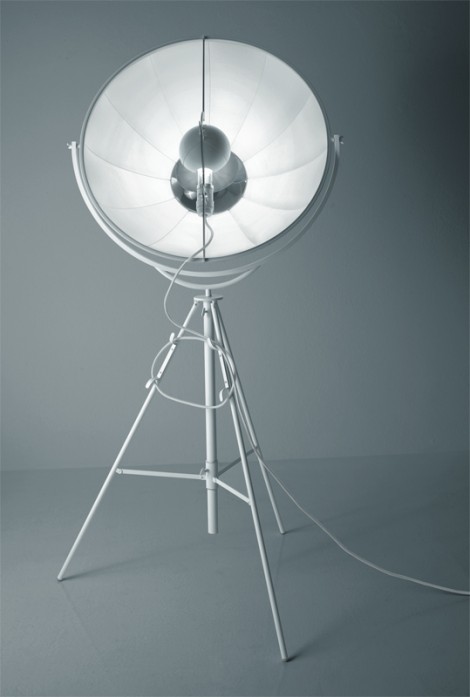 The Fortuny lamp was invented 1907 by a Spanish Mariano Fortuny. He was a real renaissance man, painter, etcher, sculptor, photographer, architect and inventor! As a stage set designer he invented this lamp and it entered our homes in 1985 when the Italian company www.Pallucco.com took up the production. Fortuny later became a fashion fabric designer check out the site www.fortuny.comto see their wonderful fabrics designed in Venise, Italy. A New York showroom will be open this spring 2010. 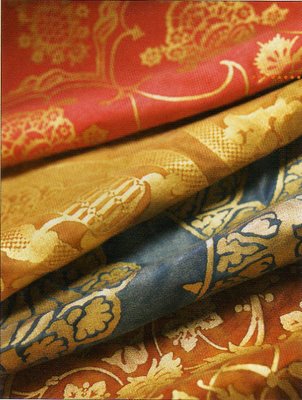 2 replies to “The Farnsworth House”