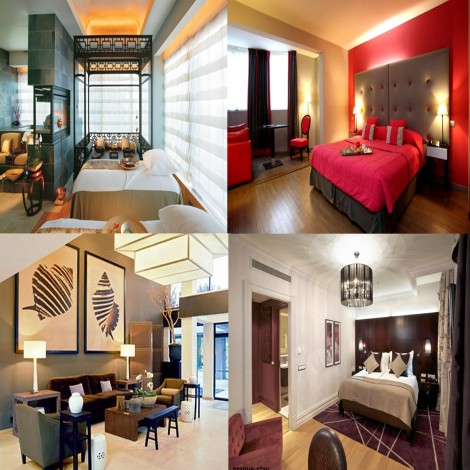 Are you board with the sleek looking hotels that you find every where on the planet ? The designers have lost them selves in some kind of mainstream look and forgot why they became designers in the first place.

The following hotels certainly have it going for them when it comes to their uniqueness,  each one in its own way………… 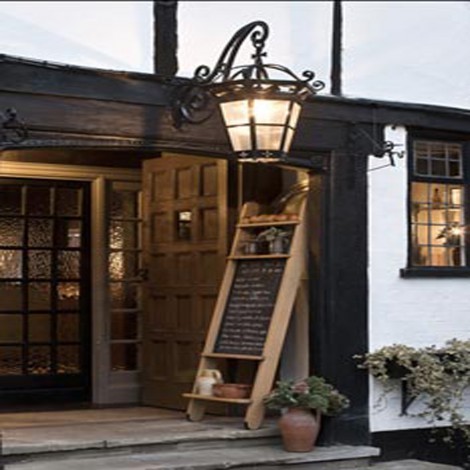 The Crown Inn, this little jewel is an hour outside London in Amersham. You can hear the horse carriage stop outside from olden days! It has been taken on by the English designer Ilse Crawford and she did an awesomejob.  (She also did the Sohohouse in London and New York). 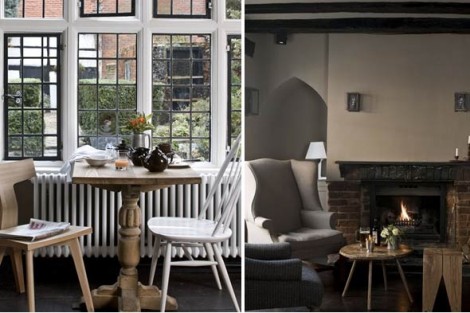 Just plain wooden furniture and very subtle colors on the upholstery. You could sit her with a Guinness in your hand and just inhale the history of the building. 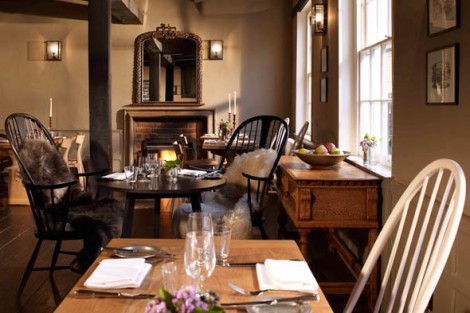 – Could I get a kidney pie please!  I love the sheepskin on every chair. 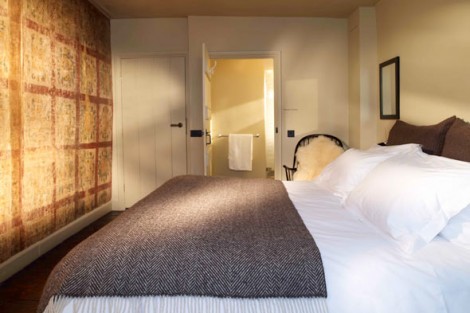 Don’t need any flat tv here, could just lie down and admire this incredible hand painted wall from 1550! 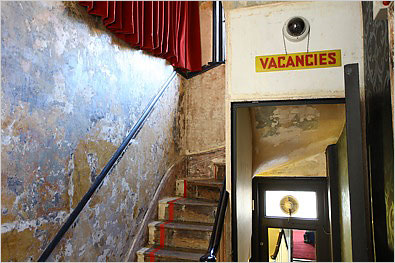 Yes you could be in a hotel on a small street in Lisbonn, but no this is in the heart of London in a small Georgian townhouse from 1850. 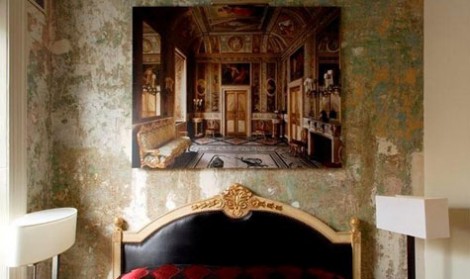 The London gallerist Rabi Hage as well an architect and interior designer has many hotels behind him. The Rough hotel opened in 2008 in London and is all about the anti-look. and a play between luxury and the rough. At Kings Cross a rather shabby area in London he have created a hotel with the crossing of the rough and luxury. 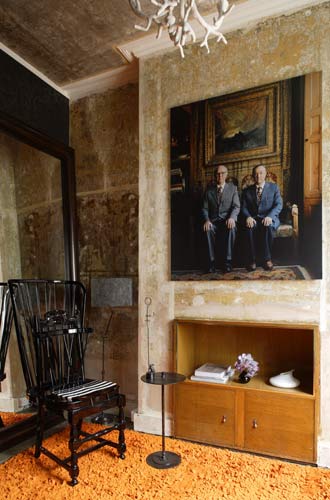 The walls kept as is, unplastered, with shaggy carpets. For us to (re)discover the beauty in the plain and untouched. 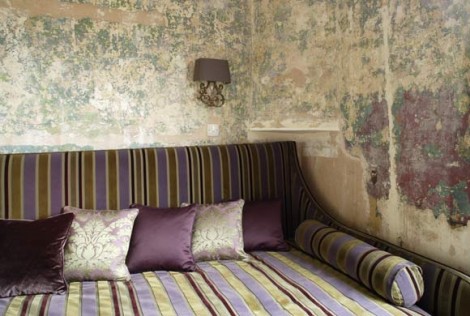 It gives you a feeling of staying at  an abandoned hotel somewhere in southern Europe. How beautiful isn’t the wall with the spots of different colors that are completely reflected in the luxurious sofa. 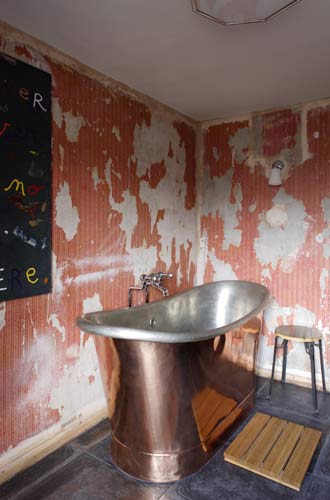 The bathroom with its torn wallpaper, a place to experience. Sit in the bathtub and reflect upon luxury as a moment in time and not only as a simply object of consumption. 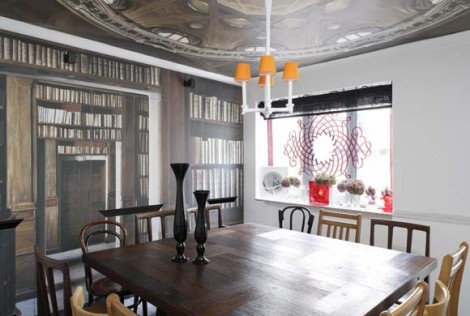 The dining room with its mismatched dining chairs, the table made out of reclaimed timber from Brighton Pier. Throughout the hotel you have huge murals created from photographs of interiors by Massimo Listri. Here you have the Biblioteca Nazionale in Napoli. It gives further space and depth to the room. 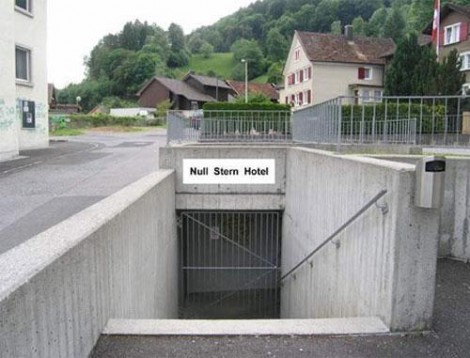 If you want it rough you sure can get it! A swiss design group has come up with a hotel concept in a Swiss nuclear bunker. The idea that is slowly turning into a chain of hotels is called “Null Stern Hotel” which means zero star. 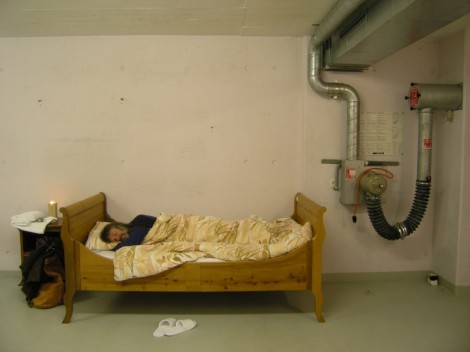 The project started out with a commune in the German part of Switzerland in need of more hotel rooms, economical ones,  wanted to turn its nuclear bunker into a hotel. For 10 dollars a night you get a bed and well that is more or less it! 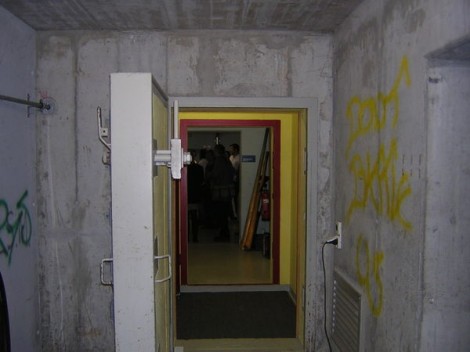 Obviously it is not a hotel for people who suffer from closterfobia! 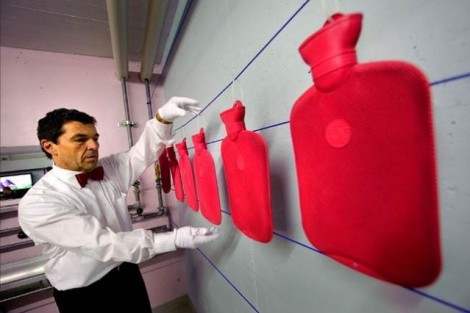 There is no central heating so if you want some heat you better put one of these heated water bottles under your mattress. 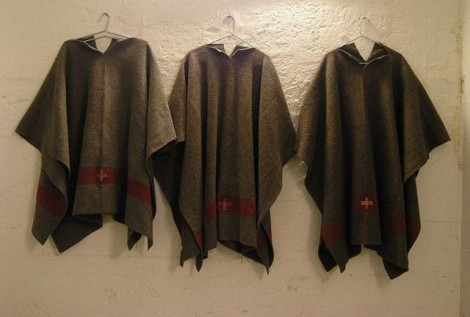 Or wrap yourself in a good old Swiss army blanket! 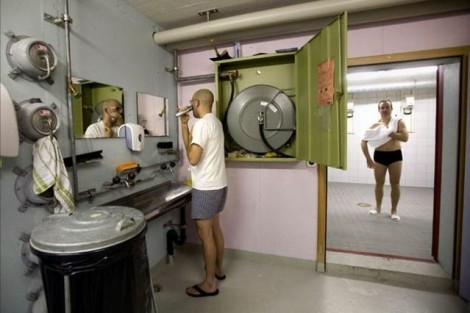 I don’t think you can get it rougher than this!